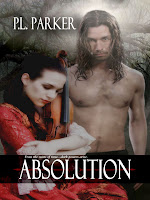 For years, travelers in the French Vosges Mountains heard the wailing of a woman echo in the hollows. Her cries went unbidden. No one was brave enough to seek out the source. Over time, the screams lessen, then stop. Eventually, even the memories slipped away, forgotten.

Six centuries later, two over-eager research assistants find and release the young half vampire, Chloe—unaware of events they unwittingly unleash with her.

Far away, other forces are aware of her awakening. Zaccarius, greatest of all the Slayers, is sent by the Council of Nine to seek out Chloe, determine her worth and render justice. Enticed by her purity and innocence, he becomes her protector. However, Jochad, the Dark Master and his army of evil vampires are eager to claim Chloe.

In the battle that ensues, Zaccarius falls beneath Jochad’s army. To save her lover, Chloe must make a choice. Ancient and dying, Jochad needs her blood to reanimate. His ultimatum—her blood or Zaccarius’ life.

Born on the night of her mother's death after an attack by a vampire, Lady Chloe, daughter of Lord Alric the Good and the Lady Isabet, was born in the year 1382. She is raised by a loving father and doted on. It isn't until after she turns eighteen that it becomes apparent what she is. Seeking to shelter her, her father brings her a special elixir each night and when he can no longer shelter her, he seeks to protect her in the only way he knows how. It is only after she re-awakens in modern times that it is made clear to her that she is half-vampire. Through the hilarious escapades of her erstwhile rescuers, Chloe learns to come into her own as a person rather than as a sheltered, wealthy daughter of a Lord.

Meanwhile Zaccarius, a feared slayer of bad vampires, is sent on a mission to find the Lady Chloe and determine whether she will become one of the good vampires or one of the bad ones. At the same time, a bad vampire named Jochad also seeks Chloe for his own nefarious reasons.

Part of the book takes place in the past, as Chloe's history is explained, with the majority of the book taking place in the present. As a result, Chloe's language is a bit archaic with a lot of “ye” and “wouldst” type of language since Chloe has been out of commission for several hundred years and hasn't yet assimilated to the modern world. This also leads to an occasional humorous misunderstanding as Chloe struggles to understand slang.

Some of the funniest parts of the book involve Earl, Benny and Shauna (Chloe's rescuers) not only trying to teach Chloe how to be a vampire from books but also just their antics in general. These are easily some of the funniest secondary characters that I have read in quite a long time and I can guarantee you will get a laugh. The author also does a very good job at making the bad vampires into creepy and scary figures.

Though there are clues given, it is never fully explained what marks the difference between the good and bad vampires. Vaguely reminiscent of Feehan's “Dark” vampires, there are marked similarities between certain general traits of the vampires as well as the difference between them and how they become the bad ones (if I am correct in my assumptions).

This is a thoroughly enjoyable, quick read with lots of page-turning action and laughs along the way that ends too soon. You'll only regret this one if you don't check it out.