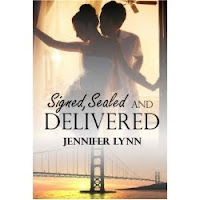 It's love at first sight for Blaine Everett, and he'll let nothing stop him from marrying Beth. He begins a relentless pursuit of her by promoting her to his executive assistant at Starling Productions. Before Beth knows what's happening, Blaine moves into the apartment across the hall from hers and he's telling everyone they are engaged.

Beth has had enough bad relationships to last a lifetime, so getting involved with her new boss is not high on her agenda of things to do. With Beth fighting tooth and nail to remain coolly aloof, Blaine's only options are deceit and trickery. Aided by two matchmaking friends and a wily cat named Houdini, Blaine puts a plan in motion to woo the woman of his dreams, using every dirty trick in the book!

Blind dates can be stressful. When Beth’s friends set her up with an unknown stranger, she beats a hasty retreat half way through the date, pleading a headache. Next day Beth arrives at work find her date is the new owner of the company. What’s more, he is determined to marry her.

Beth is swept along by Blaine’s determination and struggles to surface long enough to voice her protests. In quick succession Beth is promoted to Blaine’s personal assistant, engaged, and the new neighbor who moves in next door is her fiance. Even worse her, traitorous cat Houdini, a true escape artist, takes an instant liking to Blaine.

At first I felt sorry for Beth, at other times irritated with her. This hunky, handsome man wanted to make her his wife. He had plenty of money and could support her in the way I’d like to become accustomed to, but more to the point he loved her to distraction. He was a little heavy-handed but Beth had a feistiness about her that could handle his attitude. The interest was kept alive by their sparking off one another, both determined to have their own way.

This book is short but interesting to read. I was never sure if Beth would dig her heels in hard enough to prevent a marriage taking place. Or should she just go along with Blaine’s wishes? Blaine had decided Beth would marry him, but at times even he thought he might not be able to persuade her. Sometimes he stooped to subterfuge which made for lots of misunderstanding.