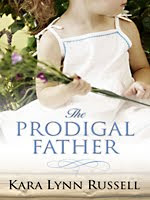 
Beth is faced with the decision of a lifetime when her estranged husband Scott suddenly returns and asks her to give their marriage a second chance. She thinks he will change his mind once she tells him they have a daughter, and that their daughter has Down syndrome. Instead, Scott convinces her to come to the resort he owns in northern Wisconsin and along with their daughter, Risa, take a chance on becoming a real family. He does his best to adapt to his new role as father, learn about his daughter’s disability and show Beth that they all belong together. Beth is torn between her desire to create a family, the fear of failure and guilt over past mistakes.


One of the best books I've read this year!

Ms. Russell is not a new author to me. I’ve enjoyed reading several of her books, and this novel was outstanding. Her writing, the narrative, characters and plot were wonderful. This is a touching story with romance, tenderness, pain and the coming together of two people who need each other in order to heal.

What a tough topic Ms. Russell has put before us. A husband and father returning after three years to find that his estranged wife had his baby who has Down Syndrome. It's an inspiring story and one to share with everyone you hold dear.

Beth Lund gave up her dreams for a music career to marry Scott when she got pregnant. After miscarrying that baby, her husband left thinking she'd be better off to return to school and regain her parents’ good graces. The problem was that Beth had gotten pregnant again already. And that baby had disabilities that she's had to deal with on her own for the last three years. In that time, she's grown. She's stronger and become more confident. Her biggest weakness is Scott. I have to hand it to Beth. When her husband returns, she’s more surprised than angry and when he kisses her she doesn't rebuff it but relishes it. Still, she wonders if he's back for good or if he'll abandon them again.

Scott could have come off as a real loser, but the way Ms. Russell gets into his point of view you actually empathize with him and want him to succeed in his marriage. He's a likable character even though he did a terrible thing.

From the very first page, I knew I was going to love this book. There is something about the author's writing style that brought me right into the story and I felt glued to the page. Ms. Russell has an uncomplicated style of writing that I find refreshing. The plot flowed well from beginning to end and every character, both primary and secondary, were well defined and endearing.

It's a journey to see if these two will get together...well, stay together after all the years of pain, uncertainty and hurt.

Posted by The Long and the Short of It Admin at 4:03 AM