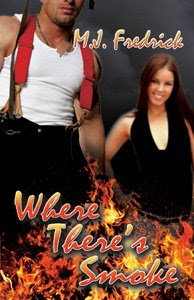 Is there such a thing as being too close, knowing each other too well?
Lauren Stokes put a lid on her attraction toward her best friend Seth Escamilla years ago. She’d never be his type of woman, so why torture herself? When sexual awareness strikes during a friendly football game, she’s stunned. He’s guilty for injuring her and looks after her, but Lauren resorts to wisecracking to distance herself from him. Seth’s confused by the new emotions swamping him. This is Lauren, his best friend, someone he has fun with, not someone he has fun with! He doesn’t plan to settle down, and he won’t risk their friendship when they have no future. They resist the new attraction, and the efforts of their families to push them together. When a wedding loosens their inhibitions, keeping the new aspect of their relationship a secret is harder than they would have thought.

From the opening paragraph to the very end, I loved this story. I was on an emotional rollercoaster the entire time!

I can't say enough about Seth — he's a fireman, a sexy beefcake, and he sings and plays guitar in a band. The man has got it going on, but he also gets it on with many women. He's honest about it, though, so I give him credit for that, especially when it is revealed why he follows this pattern. The intensity of his feelings for Lauren is so romantic and his desire to protect her at all costs pulled at my heartstrings. I felt his anguish as he makes tough decisions and even though I disagreed with his choices, I understood his motivation and it pulled me that much deeper into the torment of their situation.

Lauren has been best friends with Seth forever, but of course, she's had a crush on him for a good part of that time, unbeknownst to him. She sees herself as plain, making Seth out of her league from her perspective. Lauren's guarded hopefulness when she detects that Seth has finally noticed her as a woman instead of just a pal is so sweet and I warmed to her right away. Even though I wanted them together, I could respect how she tried to fight the attraction that was growing because she valued the friendship too much to risk it. I would have a tough time resisting temptation with a dish like Seth in front of me, so her initial restraint is admirable!

The story surrounding their two families causes sadness for all concerned and the traumatic events compliment and support the personal trials between Seth and Lauren. Even with all of the drama, there are many lighthearted moments that enhance their relationship and helped me get to know them better. I knew from the beginning that they belong together, and I thoroughly enjoyed the individual struggles necessary for them to finally come to that conclusion too. Warm, playful and emotive, Where There's Smoke is an enchanting romance that I couldn't put down.