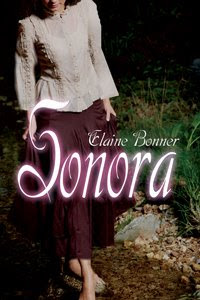 To what lengths would you go to protect your son and to keep him with you? Sonora will do almost anything. She leaves home and goes to a wild and dangerous country where she faces comancheros and the man who wants to take her son away. During her journey she meets Jonathan, the man of her dreams, but she is even willing to give up a life with him to keep Timmy with her?

After an attack by the comancheros, Timmy is taken and Sonora is left for dead. Captain Jonathan Parker finds the young woman and takes her back to Fort Benton to recover. Jonathan is a devout Christian and has been able to maintain his Christian principles and be an example for his men. He has prayed for God to send him a wife and he is drawn to this desperate young woman. But is she a woman of God? It doesn’t appear so. Will he be able to suppress is feelings or will God change the young woman’s heart?

Will Sonora get her son back and will she be able to keep him? Can she ever entrust her life and the life of her son to God?

Sonora Grimes has lost her faith in God. She believed once upon a time in an Almighty powerful God who was capable of anything. However, troubles are piling up that does not seem to have any answer. No matter how much she asks God to intervene, there seems to be no reply. The powerful and rich Forrester family is trying to steal her son Timmy to get a male heir for their family. And she keeps running away and starting anew to keep him safe. Will the running ever stop?

Captain Jonathan Parker came upon Sonora as she lay bleeding and almost dead in front of her home after her son was kidnapped. Fearing the worst he took her to the fort doctor and prayed for her as she healed from the bruises. All her outside wounds are healed; however, she is still hurting on the inside, missing her son and furious towards God. Can Jonathan show her the power and concern of God Almighty?

Sonora is a story of finding the light at the end of the tunnel and holding onto that hope. Jonathan feared that Timmy will never be found again, but he held onto his faith that God can work miracles. Sonora’s agony and unbelief are believable and something that most people will be able to relate to. When bad things happen the first thing humans do is blame someone, especially God. This novel stresses the fact that true faith is trusting in God even when circumstances around us seem very contrary. The story was a little slow in the middle however towards the end it picked up fairly quickly. Ms. Bonner does a good job in portraying the calm-before-the-storm feeling towards the end of the book when everything seems perfect in the story, but the readers know that the axe is about to fall.

Sonora is a sweet and thought-provoking novel that is sure to entertain!

Posted by The Long and the Short of It Reviews at 5:56 AM