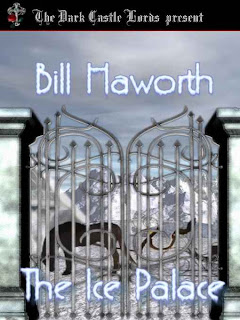 The Ice Palace
by Bill Haworth

In the freezing winter of mid 18th century Russia a tyrannical Empress devises a cruel and bizarre punishment for a Prince who rejects her advances. A palace of solid ice is built and the Prince is forced to marry an ugly serving wench and spend their wedding night within the frozen edifice.

This story, based on actual historic events in eighteenth-century Russia, is an interesting and captivating tale of an unlikely hero and heroine, brought together by fate.

Mikhail, ambassador to Italy, marries a lovely Italian woman, but she is also Catholic, which enrages the Tsaritsa of Russia. She orders him brought home to St. Petersburg, and the Tsaritsa spends the next months making Mikhail’s life miserable. She tries to seduce him; she has him repeatedly sentenced to death; she finally makes him court jester to embarrass him, but when that doesn’t work, she comes up with her ultimate plan of revenge. She has a palace built on the city’s river, all of ice. She then orders the handsome Mikhail to marry the ugliest woman in town and banishes the couple to spend a night inside the ice palace, in subzero conditions. Death is certain, unless someone in the town is brave enough to disobey the Tsaritsa and come to their rescue.

Overall, these characters are well-developed. Readers will sympathize with the kind, patient Mikhail and his mismatched wife, Avdotya. Tsaritsa Anna is quite colorfully written as well and makes a perfect villainess. While Avdotya may be unattractive, however, she is smart and resourceful, and Mikhail soon discovers that his “punishment” might be his saving grace in disguise. You’ll flip the pages to find out the fate of Mikhail and Avdotya during those long hours inside the frigid walls!

I found it interesting that Mr. Haworth based his story on actual events, and I went searching after I finished reading to find out more about this ice palace. One downfall of the story, however, is the amount of historic detail the author included. I felt there was too much background information about the political and geographical state of Eastern Europe that was not central to the plot. Those scenes tended to slow the rest of the action.

Aside from some minor lapses into contemporary language, The Ice Palace is a fascinating fictionalized account of a bizarre historic event. Best of all, it comes complete with a happy ending!