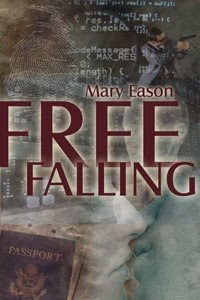 Special Agent Rainie McClain wants out. Out of The Agency. Out of the shadow life that has consumed her for far too long. Walking away from The Agency means letting go of the only man she’s ever loved, her husband, Captain Roc Branson. But at thirty-eight, Rainie has seen all the violence and death she can handle. And after discovering she’s pregnant, she just wants a normal life.

But what can be normal about the reappearance of a long lost brother who may or may not be a sadistic killer, the heartrending demise of her marriage, and the web of lies that grows until she no longer knows who to trust?

It’s vital that she discover the truth soon...because what she doesn’t know, just might kill her.

A misleading phone call lands our heroine in well-known streets and back lanes of Washington D. C. Far from afraid, Law-enforcement trained Rainie McClain needs to plot her course in dealing with this one, obviously evil stalker. She proves more than equal to one deadly man- but she needs to find out his motives. The stalker's Middle-Eastern accent gives the game away, and he finds himself being interogated by one seriously deadly woman.

Law-enforcement trained, FBI agent Rainie McClain is on top of what might be a deadly situation - right up until she calls in the reinforcements. Not everyone is on her side, and from that moment on, identifying the good guys and the bad guys in this international thriller is part of the challenge. And, it becomes all to clear that even Rainie is operating outside of protocol.

Death, threats, and lies are a way of life now - but she is realizing that a change is very, very necessary. And, who, exactly is trustworthy to help her?

The immediacy of the first person point of view brings every moment of Eason's new romance/thriller into sharp focus. Eason's straightforward style and dedication to action develop a fast pace, that sacrifices not one bit of emotion. This extremely readable and unpredictable drama will have you on the edge of your seat. Eason offers supreme tension, both in mystery and in love. I highly recommend you grab this story and hold on for the ride!