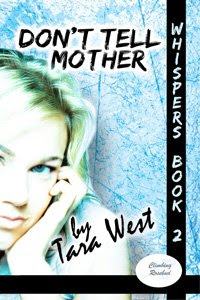 Raised under the shadow of her popular and spoiled brother, AJ Dawson struggles to get any kind of compliment from her mother. She can’t escape her troubled home-life at school, when she is forced to deal with a lot of the same issues. Her immature coach is determined to turn the team against her, her teammates are bent on losing every game, and the rest of the school population cowers in her presence. AJ’s mounting frustration could turn her into a ticking time bomb, and she knows the first step to solving her problems is to gain acceptance from her mother. Easier said than done.

Her relationship with her mother goes from bad to worse when AJ’s new green-haired boyfriend knocks on the door. She knows she’ll have to clean up her guy if she wants to earn Mom’s respect. But AJ’s secret ability to foretell the future is driving her and her mom further apart, and if she doesn’t tell her mom about her horrible vision soon, her brother will die.

This is a very charming story that has a few different plot lines going on, each providing a feel-good message to warm your heart.

It's told from AJ's point of view, in the first person, so I got to know her well. She's your average junior high student, except she's got a little 'extra'. And she has issues — with her mother, her boyfriend (or 'BF'), her basketball teammates and her coach — and boy did it make me glad I'm not in junior high anymore! I think the way she relates to her mother and her assumptions on the state of things between them is both poignant and realistic, especially when she realizes that things need to change and tries to make that happen. She learns things about herself, about how others see her, and I saw this — in addition to everything else that happens — as a turning point for her, in growing from a little girl into a woman.

AJ's mother's behavior toward her seems unfair, but I began to realize some of her motivations as some of the family dynamics are revealed. Although the turning point for her mother is her dramatic and effective, I wish she had come to believe in AJ's abilities on her own, rather than needing proof. I think it would have made the events following that much more impactful.

AJ as well as teammates learned much about themselves from dealing with a ditzy coach and I think this was one of the best messages in the story. AJ is really committed to doing well in sports but starts to doubt herself because of her affect on others. I really appreciated how her dedication is later validated by her friends.

Bob is her BF, and he is very different. When Bob is first introduced, I wasn't crazy about him. Granted, all I really knew was that he has green hair. But as his character is developed, I really, really liked him. He is honest and kind, and though his family struggles, he has such a bright, positive attitude; I couldn't help but adore him. He gives AJ just what she needs without requiring much back. What a sweetie!

Don't Tell Mother has it all — a little suspense, a little romance, some extra-sensory abilities, and more than one moral to the story — and is perfect for both the young and the young at heart.