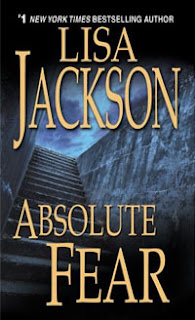 For the past three months, Eve Renner has struggled to remember the night she was nearly killed and her lover was tried for murder. She remembers getting the anxious call from a friend from her past: “Meet me at the cabin. I’ve got evidence.” She remembers seeing that friend lying in a pool of blood. And she remembers a horrifying glimpse of her lover Cole Dennis’s face as a gunshot plunged her into darkness. Now, her memory and emotions scarred, Eve has returned to New Orleans to forget the past. But the past will not be forgotten. Eve’s shattered memory has helped Cole walk on murder charges just as a new series of killings begins.

The latest murders are bizarre and baffling. The victims are killed in ritual fashion, a series of numbers tattooed into their bodies. 212. 101. 111. 323. There is no clue to their meaning, no connection to the victims except one: Our Lady of Virtues Hospital, the crumbling old asylum that was once the scene of unspeakable madness. For Eve, it was a second home as a child. Her father was a doctor there and she spent hours exploring its secret chambers, hidden rooms, and forbidden passageways. Somewhere in its decaying rooms lies the key to a terrible crime, a betrayal beyond imagining whose echoes are now being felt with vengeance--a crime that seems to lead to Eve herself. And the only man she can trust with the search is Cole, her former lover and, just possibly, a cold-blooded killer.

As forgotten memories begin to surface, bodies are found and each twist leads to another terrifying piece of the puzzle. Someone is watching, planning, luring her back to the ruins of Our Lady and the shocking truths hidden there—someone who has been waiting for this moment to strike. He is deadlier than she could ever have imagined and closer than she knows. For the sins of the past must be revealed, the crimes brought to justice, and the price paid—in blood.

Lisa Jackson’s Absolute Fear continues the New Orleans series, brings back Detectives Bentz and Montoya, and allows us to revisit Our Lady of Virtues Asylum. Even though it’s not strictly necessary to read the other books in this series first, I would recommend it since so many elements from the previous books are revealed in this book.

In Shivers, the first OLoVA story, the villain promises that things weren’t over—“no matter what else happens, tonight is just the beginning.” In Absolute Fear that promise is fulfilled.

Eve Renner, adopted daughter of the head of Our Lady of Virtues Asylum, used the hospital as her playground along with her best friend Roy Kajak. She discovers his dead body and is nearly killed herself, and there is a strong suspicion in her mind that her lover, Cole, may be the guilty party. However, the murder of her father the same way Kajak was killed proves to Eve that, even though Cole may be hiding secrets, being Kajak’s killer is not one of them. She still has problems trusting him completely though.

Eve soon recognizes that someone is out to terrorize her, if not something worse. She and Cole, along with the police, try to discover who is behind the murders and what they have to do with Our Lady of Virtues and the true identity of Eve herself.

Absolute Fear is full of twists, turns, layers and relationship knots. Just when you think things are going to be solved, Jackson throws another spanner in the works. One weakness with the book is there are some elements that are not tied up at the end as well as they might have been. In fact, one entire subplot concerning her brothers could have been left out, in this reviewer’s opinion—unless Jackson is planning on bringing this cast of characters back together again at some future date. Even this, however, does not detract from the on-the-edge-of-your-seat suspenseful ride Jackson takes us on.

NOTE: If you have a private Blogger profile or a profile with no email address available, you must include an email in your entry -- this is how we inform the winner. If we are unable to locate an email for you, you're ineligible to win this prize. Thanks!
Posted by Long and Short Reviews at 5:03 AM