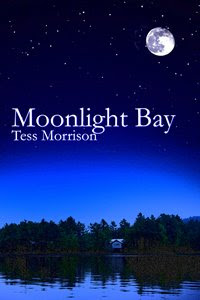 There are certain things that annoy Ian Flynn to no end - children, dogs, old women, and a woman with an agenda. He unwittingly placed himself smack in the middle of all of them. And to make matters worse, Lucy Mitchell's latest agenda is to rid Butternut Creek of him. Not that it mattered, she wasn't going to get her way. Just as he was preparing to allow her to flex her powers of persuasion, a tragedy turns his world upside down.

Moonlight Bay Camp for Kids is Lucy Mitchell's safe haven. Now that haven was being threatened and she wasn't about to stand still for it. But what could a small town girl do against big city money and a big city ego? Turns out, quite a bit.

Ian Flynn and Lucy Mitchell are both high achievers who aspire to very different goals. They seem to be poles apart but both came from dysfunctional families that left lasting scars. When they meet at Moonlight Bay Camp for Kids none of the romance that the name Moonlight Bay conjures up is evident; rather an all-out war is declared that the reader is privy to as riveting action, emotional upheaval, and maneuvering stir up the quiet little community of Butternut Creek, Wisconsin.

Ian, a wealthy developer who thinks kids, old women, dogs and aggressive women annoying, finds himself surrounded by them as he tries to complete a land deal.
His plan to purchase the Kids Camp, raze it, and build a fashionable condominium community is met with strong opposition in the person of Lucy Mitchell. Lucy, a local schoolteacher who has worked as a counselor at the camp ever since she became old enough, is no novice at crusading for what she thinks is a good cause. The conflict that arises between these two makes for some exciting reading.

The secondary characters in MOONLIGHT BAY are heartwarming and heartbreaking but never dull. Lida, as she struggle to make the necessary changes in her life, brings both humor and sadness to a very true-to-life situation. The little ‘throw-away’ child, Jonah wiggles his way right into the reader’s heart even though he is a little scamp. Ellie, Randy, and Abby, are Lucy’s sister and her family who create a subplot that encompasses one of modern society’s big problems. Colleen and Katie Rose come late to the story but they are the catalyst that sets good things in motion. Ms. Morrison makes these characters vibrant and a joy to get to know.

Posted by The Long and the Short of It Reviews at 3:07 PM