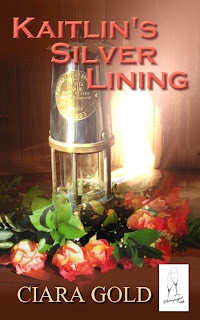 Kaitlin Kanatzer has decided men are not worth her time. They use and discard women according to their whims and she wants no part of it. After hearing many of the great suffragists in New York, she decides to start and head a suffragist and prohibition movement in Denver, Colorado. Soon, she starts receiving threats. The saloon owners are not very happy with her and danger is escalating as she continues to stand strong in her convictions and beliefs.

Bryce Stanton became the guardian of a precarious and mischievous eleven-year-old. After the death of her mother, Bryce decides that she needs female influence in her life and while he is looking for a wife to take care of her, she should meet her only living relative: Kaitlin Kanatzer. Soon he realizes that he cannot leave his charge unprotected with her and Kaitlin herself needs protection, when he sees the many threatening letters she has received. Bryce, being a true gentleman decides to stay and help her. Will Bryce be able to help find the perpetrators before it is too late? And will he realize that he does not need to keep hunting for a wife since the perfect one is right under his nose?

I could not stop reading this story. Kaitlin’s independent streak and Bryce’s protective streak clash so well and powerfully that the story was entertaining and exciting to read. Reading Kaitlin’s story made me truly thankful that there were women in history who were willing to fight for women despite the odds stacked against them. Another reason that I really enjoyed this novel is due to the fact that it had everything in it. Some stories are very philosophical and its aim is to show the good or the bad in that particular ideal. Other stories have just the romance or the mystery or a combination of the both. However, this novel had all three. The principles of the suffragist movements, the mystery of the threatening letters to Kaitlin and the romance brewing between the two main characters all worked together to create a very well-rounded story.

This is a great novel and I would recommend it to anyone looking for an entertaining and thought-provoking read.

Posted by The Long and the Short of It Reviews at 11:15 PM