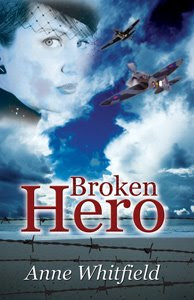 Audrey Pearson’s life changed dramatically when WWII broke out and her large home, Twelve Pines on the East Yorkshire coast, became a convalescence home for wounded soldiers. Her life is no longer lavish with entertainment, beautiful clothes and surrounded by a loving family. Soldiers, physically and mentally wounded now fill her home. The smell of disinfectant replaces her mother’s perfume and gone are the friends and acquaintances - instead nurses roam the hallways.

Captain Jake Harding, a doctor training in psychiatry arrives at Twelve Pines. Audrey immediately finds herself attracted to the Captain, but he is remote towards her. Puzzled by his cold behaviour, Audrey tries to learn more about the handsome Captain. He reveals that he’s lost a wife and baby in childbirth and refuses to ever remarry. However, despite this, Audrey believes she can change his mind and make him aware he doesn’t have to spend his life alone.

The ice around Jake’s heart begins to melt. For years he has rejected the possibility of finding love again because of the pain it caused him before, but the beautiful Audrey shows him her love and she needs someone to love her in return.

Could he honestly walk away from her, from the love that could be his?

Young Audrey Pearson's home has been turned into a convalescent hospital for war wounded. Her daily life, in addition to struggling to keep her small farm going, includes playing hostess to an assortment of doctors, hospital staff, messengers and of course, the injured. She finds both annoyances and friendships among them, but perhaps something more in Doctor, 'Captain' Jake Harding. Each of them deal with many emotions, perhaps not surprising in wartime, but sympathetically conveyed. Personal loss is no stranger to either, but neither is personal bravery, pride, and joy in the small things of life. Although they seemed destined for one another, it is sadly we realize they may each be too damaged by their own histories to truly allow themselves to love. Although both are fallibly human, they are admirable people caught in difficult times.

This timely work considers the impact of war on everyday lives and emotions. Compassion and sympathy are to be found throughout, but also friendship and honor. Bravery is no stranger - and is often to be found in the minor characters, in less overt ways - from the injured themselves, to some of the dedicated staff. The story is in no way predictable. Twelve Pines is not separate from the world and violence will erupt even there.

I really appreciated this view of the war from a relatively narrow viewpoint, and in terms of effects. There are rumors of wartime happenings, and the ordinary folks speculate on escalation or invasion. They have no special insider knowledge though, and we can appreciate how anxious their day to day lives were.

Descriptions are occasionally lovely; from image of a young recovering soldier pedalling along the country lanes on his bicycle, to the sunny brilliance of Twelve Pines itself. (Audrey touchingly recalled her her mother's drawing room as it had been, before they'd removed curtains, carpets, and decor.)

'Broken Hero' produces a rich, cohesive view of a few lives during the turbulent war years, and also gives us a hint of life before the war. The writing invites us to read slowly, understand the individuals' histories, and savor the story. Foremost; this is a really beautiful romance.

Congratulations to Carolynn W -- today's winner of our "Book-a-Day Giveaway"!
Posted by The Long and the Short of It Reviews at 11:11 PM