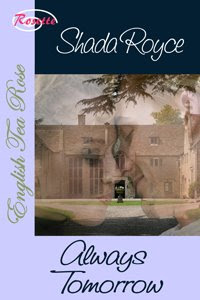 Gavin Saxton, the residing Earl of Brockington, is guilty - first of sleeping with another man’s wife and then causing the death of her husband. After spending the last three years in the British Army with his best friend, Edward Noble, the Duke of Carlisle, fate hands Gavin more than he wants when Edward’s dying wish is to take care of his wife, Sarah - the one woman on earth unlikely to accept his protection.

After being neglected by a man she’d married for love, Sarah Noble carries a soul consuming bitterness like a badge of honor. With the gaping sadness at the loss of her husband and the loss of a child, Sarah’s future appears bleak – until an unexpected guest appears on her doorstep. To her chagrin, the man is no one other than Gavin Saxton - traitor, seducer, coward, and heartbreaker – professing his honor and protection.


I struggled a little to write this review, because although I enjoyed the setting, the characters, and the writing itself, there is very little conflict in the story. Gavin Saxton witnesses his best friend’s death in battle and promises to take a letter home to the man’s wife, Sarah. The only problem? Gavin has secretly loved Sarah for years. However, now that Sarah is a widow, and Gavin is still a single man, there is really nothing to keep the two apart, except perhaps their pride over the past or their uncertainty about the future. Once they reunite, it is only a matter of hours before they give in to the attraction they have always felt for one another.

The scenes in this story are detailed and well constructed. I felt fully immersed in eighteenth-century England, from the powerful, descriptive opening on the battlefield, to the steamy love-making scene later on. Gavin and Sarah are nicely developed and likable characters, too. I just wish there had been more anticipation built into “Always Tomorrow,” more doubt about whether or not these lovers would end up together. However, if you’re a fan of historical romances, you should find reading “Always Tomorrow” a nice way to spend an afternoon.

Posted by The Long and the Short of It Reviews at 5:53 PM