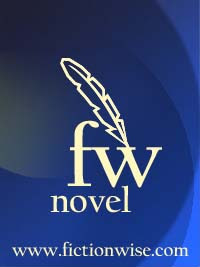 A centuries old djinni betrayed ... A modern career woman and wife bereft ... Can this thoroughly mismatched couple find comfort and vindication in each other's arms? More importantly, can their love survive the ancient vendetta of one unforgiving and powerful demon djinni? Find out that anything is possible when a devout mystical being from the old world joins forces with an urban-reared spitfire from the new. Kane is a decided study in contrasts in any place and time, but being set free in a world where a woman's place is not necessarily in the kitchen barefoot and pregnant, throws this thoroughly quaint and devout Muslim for a loop. Longing motherhood and pursuing a burgeoning curatorship at a niche art museum in Brooklyn after suffering a miscarriage three years previously, Therese Hunter is an ambitious thirty-something wife at an emotional crossroad. Not usually one to wallow in self-pity, the loss of their child left a huge rift between Therese and her husband, Jury, that has yet to be repaired. Enter a special anniversary and a gift that proves to be, not only the vehicle that releases Kane from his captivity and the key to opening a brand new destiny for Therese, but ultimately the instrument that will end Jury's life.

DESERT DREAMS is a new adventure for me. I had not read paranormal/fantasy romance before. “Aladdin’s Lamp” of my childhood popped into my mind as I read the prologue making me want to read on.

The first chapter, begins in the twentieth century, more than a hundred years after the djinni Kane had been imprisoned in the ewer, where Therese and Jury struggle to save their marriage. How will the djinni in the ewer be involved?

An abyss of grief over a miscarriage separates this modern couple as they each pursue successful careers. In an effort to connect once more with his wife, Jury gives Therese a special pendant he bought from a street vendor. The pendant has a unique Arabic design. The gift delights Therese who is the curator for a niche museum that specializes in Eastern art and artifacts. The pendant sets in motion the release of the djinni Kane and brings about Jury’s death.

As the seemingly predestined events unfold, vicious evil of long ago stalks Kane and Therese as their love for each other strives to overcome the differences in their cultures and belief systems. Therese is a twentieth century career-oriented person, reared in the city, not overly religious, and outspoken. Kane is a mystical sort, quaint by twentieth century standards. He is a devout Muslim who is kind and devoted to Therese, but finds her ways alarming by the standards from his world of long ago.

While the slang language and humor were off-putting to me, the love story and mystical forces of long ago that show up in the twentieth century intrigued me. It kept a firm grip on my attention as it revealed how love reaches across the years to heal grievous emotional wounds and bring about a HAPPY-EVER-AFTER.

Posted by The Long and the Short of It Reviews at 1:35 PM