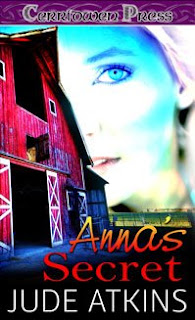 When a firebomb intended for Kelly McWinter kills his wife, he quits the Fort Worth police force and isolates himself in the tiny community of Indian Creek. Eventually, Kelly settles into a quiet routine of daily chats with the fishermen at Bubba's Bait House, and Saturday night barbecues at Cam Belsher's Hideaway Bar.

Then Kelly and his dog Jake find the body of Anna Davis inside the local flea market. Determined to remain uninvolved, Kelly keeps a low profile. But when Cam Belsher is singled out as the sheriff's number one suspect, Kelly realizes he must put his ghosts aside and find the killer.

Kelly is drawn to Anna's daughter, Krystal. When Krystal shares some family secrets, Kelly's investigation turns upside down. A family reunion awakens a long dead memory where Kelly is confronted with an uncomfortable truth. And just when everything starts to make sense another murder is committed, and Kelly uncovers the killer's shocking secret.

Kelly McWinter is hiding from his past in the tiny community of Indian Creek. As the security guard of the local flea market, he’s been adopted by the local fishermen, and befriended by Bubba of Bubba’s Bait Shop, and by Cam Belsher, of the Hideaway Bar.

But even quiet fishing holes have their secrets. When Anna, an old, cantankerous, but well-liked drunk, is found murdered inside the flea market, the police suspect Kelly’s good friend Cam Belsher. The arrival of Anna’s alluring daughter stirs up memories Kelly thought well buried, and another old friend – his former partner in the Fort Worth PD – pulls him into the investigation.

The inquiry reveals surprising secrets about the victim, and Kelly finds himself drawn to Anna’s long-lost daughter, and forced to face his past. The search for the killer brings still more danger to the community, until the all the truths are brought to light.

In Anna’s Secret, Jude Atkins creates compelling characters and a wonderful sense of small-town community. The author lets her hero, Kelly Mc Winter, navigate the pitfalls of life within a group mistrustful of outsiders, yet where he himself is not entirely an insider. The tension created by his insecurities, both about his position in the community and his cautious peace with himself and his memories, gives the story a real-life depth.

The mystery of Anna’s Secret relies as much on the interaction of the characters as on the physical and verbal clues sprinkled throughout the narrative. In the tradition of classical whodunits, no one is quite who he (or she) appears, or for the reasons the reader may think. And yet, once the truth is revealed, the logic of the story is marvelously clear.

Anna’s Secret is a pleasure to read. Kelly McWinter, Indian Creek, and its inhabitants, will remain with you for some time after you read the last sentence. The only reason why this review did not rate 5 books is that the fastidiousness of this reviewer was occasionally assailed by less-than-perfect editing. I might also have liked a better developed backstory, although what Jude Atkins presented of it was well integrated into the storyline.

Nevertheless, I would welcome a series of investigations by Kelly Mc Winter, and I would keep an eye out for stories by Jude Atkins.

Posted by The Long and the Short of It Reviews at 2:34 PM