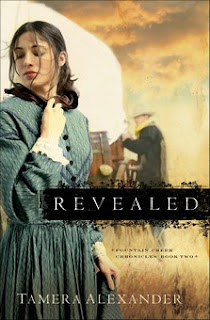 Annabelle Grayson has been given a second chance at life, but she can't claim it with the cloud of her past hanging over her in Willow Springs. After her husband dies, she advertises for a trail guide to accompany her to land waiting for her in Idaho--and a most unlikely candidate applies for the job.

Matthew Taylor is a man on the run, with consequences of past mistakes pursuing him at every turn. Meeting Annabelle Grayson the first time was unpleasant enough, but when she crosses his path again, her presence in his life--and what she reveals--is devastating. If given a single wish, Matthew would turn back time and right a grievous wrong. If given a second wish, he would make Annabelle Grayson pay.

Annabelle Grayson has not lived the easiest of lives. But she’s been given a second, even third chance at the life she only dreamed could be hers. The only problem is, she depends on a man who seems determined to see in her only the woman she used to be, a woman she wants to forget ever existed.

I really connected with Annabelle in this book, and though I knew it would be hard saying good-bye on the last page, I couldn’t wait to reach the end to find out how things would turn out for her. She is a strong woman to have survived her past, and that strength only makes her more determined to succeed in her mission. It was very easy to fall in love with Matthew, even though he could be a little brooding at times. The romance between these two develops very slowly, and it’s effective. You know they’ll eventually get their act together, but you just have to keep reading to see what’s going to happen to get them to that point.

Something that touched me deeply with this story is the portrayal of the women who were enslaved in the brothels out west. It was not a pretty picture, and nothing light-hearted or fun as some western type movies might like to make us think. It was a horrible life, and without being inappropriate or sexually explicit, this story shows that clearly. It also shows the power of God to heal and transform lives torn apart by abuse and sexual slavery. Reading Revealed is an emotional rollercoaster, but a ride well worth taking.

Highly recommended to women of most ages. My only hesitation at recommending it for all ages is the realistic portrayal of life in a brothel. For that reason only, it might not be appropriate for young readers.

Review by Violet
Posted by The Long and the Short of It Reviews at 7:57 PM