Review: Nature of the B*E*A*S*T 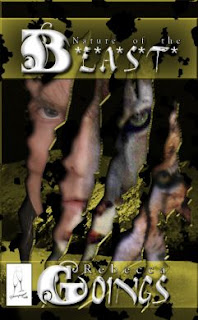 Nature of the B*E*A*S*T
by Rebecca Goings

Wade McAllister has one thing on his mind--revenge. Kidnapping Clive Covington’s daughter seems like a damn good place to start, but he’s made a terrible mistake. She knows nothing of the B*E*A*S*T* agency, and she’s hardly the witch he’s imagined in his nightmares. Oh, she still haunts his dreams. But now, in a much different way.

Keira Covington doesn’t know what to make of her captor. One minute he’s got her bound and gagged, and the next, he’s setting her free. But no matter how much her common sense screams at her, she doesn’t hate him, and her desire escalates until she’s begging for his kisses.

When Covington hears his daughter has been kidnapped, all hell breaks loose, and Wade learns more about himself than he ever dreamed. Will Wade exact his revenge upon the man behind B*E*A*S*T*? Or will he have mercy--for Keira’s sake?

How did I live without reading the first two B*E*A*S*T stories?

B.E.A.S.T. is the name of an agency that has genetically altered some military men. B*E*A*S*T stands for Bio-Engineering to Attain Shift Transformation. The hero of the third installment (after B*E*A*S*T Within and B*E*A*S*T of Burden), Wade McAllister is having flashbacks of his prior life before he was kidnapped by the B*E*A*S*T organization and genetically altered. Having escaped the compound, he is out for revenge against the very man who put him there, the founder Senator Clive Covington. To him, the best revenge is to kidnap Covington’s daughter Keira. Little did he imagine that Keira would soon be on his side and in his bed.

These two characters have a wonderful rapport, instant attraction and funny give and take. As Wade struggles to control his altered side (I won’t tell you what his alter is but it’s sexy and dangerous) and emotionally fight the flashbacks, he encounters his other escaped friends from the compound as well as other altered comrades who have succumbed to the B*E*A*S*T.

Besides the great dialogue, I really loved the struggle that Wade experiences within himself. Here’s a hero who is in great emotional pain and cries out his struggle. You feel all that is dangerous and gentle in him. When his comrades come to help him and Keira they bring along their female companions, and, while you know these men are extremely deadly in their altered state, they are also full of pain and humanity. The characters are really well-written and I’m happy to say I’m now going to read the first two installments and learn about them as well.

Review by Gardenia
Posted by The Long and the Short of It Reviews at 8:25 PM