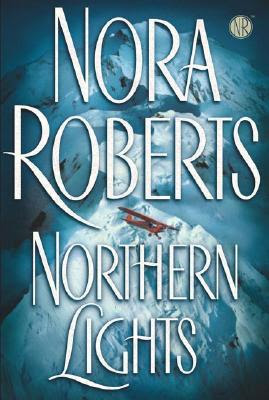 Former Baltimore cop Nate Burke accepts the post of police chief of Lunacy, Alaska (population 506), to stave off the depression caused by divorce and the traumatic death of his partner, for which he holds himself partly responsible. His early days in the close-knit town are quiet except for minor disturbances and a dalliance with a feisty bush pilot, Meg Galloway.

Then Meg's father, who disappeared 16 years before, is found frozen in a remote mountain cave, an ice ax in his chest. The discovery that Pat Galloway was murdered—most likely by a local—shakes up the town and drives his murderer to commit a second, cover-up killing. Though state authorities dismiss that death as suicide, Nate pursues it as a crime—a decision that puts him at odds with many outspoken Lunatics, as the townspeople call themselves. With quiet strength he fields the criticism, uncovers long-forgotten events and finds a tough but loving balance with the fiercely independent Meg.

This novel won’t disappoint Roberts’ loyal fans, and if you’re a newcomer to her work, you’ll enjoy this suspenseful story set in the brutal Alaskan wilderness. Nate is a quiet but likable hero, struggling with past pain while trying to build a brand new life in a place he clearly doesn’t belong. He is at odds with Lunacy’s townspeople and their traditions for most of the novel, though when he finally becomes “one of them,” it’s a victory well earned.

The romance between Nate and Meg is hot and believable; these two independent and stubborn people fall for each other despite their differences and their solitary habits. When the body of Meg’s father is discovered, however, it throws both the town and the couple into turmoil. My one criticism of this story is that there are excerpts from a mountain climber’s diary scattered throughout the plot (related to the mystery of Pat Galloway’s death). They’re meant to hint at the killer’s identity, but they’re confusing at times and pulled me out of the story because I spent too much time wondering who had written the excerpts and what they were referring to.

Overall, though, Nora Roberts creates a fast-paced suspense novel in a beautiful setting – you’ll love the small town of Lunacy, Alaska, and its collection of quirky characters. Northern Lights is a winner!

Review by Dandelion
Posted by Long and Short Reviews at 4:13 AM