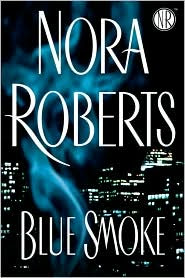 Eleven-year-old Reena Hale, watching her family's restaurant go up in flames, decides to become an arson investigator. The fire shapes another child's destiny, too, as Joey Pastorelli sees his father go to prison for setting the blaze. Reena's close-knit Italian family rebuilds; Reena grows up and completes police and firefighter training.

Despite inheriting her mother's good looks, Reena proves unlucky in love, mainly because her beaux tend to die in fires, but her fortunes look up after she meets hunky carpenter Bo Goodnight. Bo gets along with Reena's family, friends and co-workers, and handles the demands of her career with patient humor, so nothing stands in their way—except an obsessed, pyromaniac stalker determined to kill any man Reena loves.

Reena is a most unconventional heroine: a fire investigator who proves her mettle by fighting her way out of burning buildings and hanging with “the boys” most of the time. Plus she has bad luck when it comes to men: all the ones she likes end up dead. She’s tough, which I liked, but she still needs loving. She doesn’t always make the best decisions, and is impulsive, but this of course is why she needs to be saved by the sexy, grounded hero, Bo Goodnight.

This guy is super-hot, and from the moment he and Reena meet, it’s evident they’re meant to be together. The one complaint I had, though, was the heavy hand that “destiny” (or fate or coincidence) played in their getting together. Bo sees Reena at a college party, when they are both quite young, and he’s completely love struck. He sees her a few times over the next few years, and each time, the world stops spinning. So imagine the wonderful coincidence (and yes, it is) that she ends up buying the house right next door to him! I couldn’t quite buy it.

The rest of the novel, though, is fast-paced and intriguing. You really won’t know who’s stalking Reena and the men in her life, until the very end of the story. You’ll enjoy the vivid, mesmerizing fire descriptions as well as the tight-knit Hale family and the Italian neighborhood in which they live. While not one of her Roberts’ best works, Blue Smoke is still an entertaining read that’s hard to put down.

Review by Dandelion
Posted by Long and Short Reviews at 6:16 PM