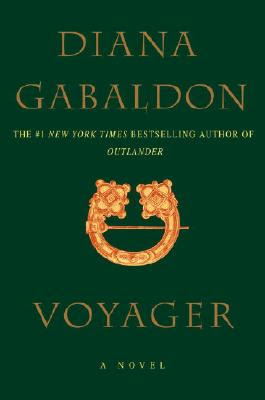 In this rich, vibrant tale, Diana Gabaldon continues the story of Claire Randall and Jamie Fraser that began with the now-classic novel Outlander and continued in Dragonfly in Amber. Sweeping us from the battlefields of eighteenth-century Scotland to the exotic West Indies, Diana Gabaldon weaves magic once again in an exhilarating and utterly unforgettable novel....

Their love affair happened long ago by whatever measurement Claire Randall took. Two decades before, she had traveled back in time and into the arms of a gallant eighteenth-century Scot named Jamie Fraser. Then she returned to her own century to bear his child, believing him dead in the tragic battle of Culloden. Yet his memory has never lessened its hold on her ... and her body still cries out for him in her dreams.

When she discovers that Jamie may have survived, Claire must choose her destiny. And as time and space come full circle, she must find the courage to face what awaits her ... the deadly intrigues raging in a divided Scotland ... and the daring voyage into the dark unknown that lies beyond the standing stones.


When I read the end of Dragonfly in Amber, I was so grateful I had already checked out Voyager, book three of the Outlander Series, from the library. Immediately I picked it up and began to read.

Voyager shares the continuation of Jamie and Claire’s life. Claire has found out Jaime did not die, as she had thought, and twenty years have passed. Leaving her adult daughter, Claire goes back through the stones to find the man she loves.

I have to admit, at times the book upset me. Diana Gabaldon did her job well in the first two books and made me care so much for Jamie and Claire that I got angry at some of the things that happened to them. Because I had become so involved in their lives, when I found them going through things that hurt them, I was upset on their behalf.

Gabaldon takes you on a rollercoaster ride as you journey with Claire, Jamie, and others on a special voyage. One thing is sure. You won’t be able to put it down until you read the last words.

Review by Violet
Posted by Long and Short Reviews at 7:17 AM