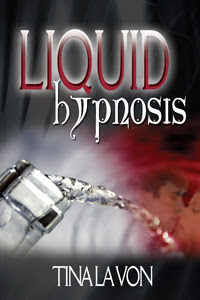 More innocent lives will be lost if Samantha Garrett, the DEA agent known as The Human Lie Detector, is unable to solve the mystery surrounding a secret formula which controls minds. Her career took a roller coaster ride after her last case went badly, but she still has a chance at the promotion dangling in front of her and she refuses to lose it now. While searching for the suspect who got away in this new case, she must fight her feelings for his brother and handle the repercussions from her last case, which haunts her still.

Kevin Brewster, a mild-mannered, dedicated doctor, has spent his life trying to make up for his father’s crimes. His work life revolves around a clinic helping those in great need with no resources to take care of themselves. To that end, he has become inventive and daring. In addition to his work there, he must now prove his brother’s innocence before the by-the-book DEA agent discovers their secret.

Liquid Hypnosis serves up a powerful brew of suspense, blazing sensuality, and the paranormal. DEA agent, Samantha Garrett, is a strong woman with one desire – to attain the promotion that will get her off the streets. Kevin Brewster is a doctor with a mission - to help low-income AIDS patients. The two come together over the disappearance of Kevin’s beloved brother, Peter. Samantha is convinced that Peter meant to do her harm and that he’s a stalker of innocent women; Kevin knows that can’t be true of his always morally-upright brother.

The two circle around each other, helped by a fabulous cast of supporting characters: Samantha’s neighbors, Malone (a fellow agent) and Orchid, a musician/psychic; her ever-supportive partner, Treadway; and a Lifetime Network movie’s worth of creeps, adulterers and innocent bystanders from Peter’s place of work, Eaton-Smith.

The twists and turns are constant; the reader is delightfully thrown off-balance again and again. Each new twist is imaginative and serves to further the plot. LaVon’s characters, too, are revealed in bits and pieces – nothing feels forced or out of place. And they are characters that we care about deeply – LaVon has a true gift for writing sympathetically and insightfully. Even her villains are compelling and three-dimensional, a quality that I often find lacking in suspense novels.

The two characters who benefit most from LaVon’s care are, of course, Samantha and Kevin, and they steam up the pages without any overly graphic scenes. Tina LaVon is a master at “less is more.”

Additionally, there is an intriguing paranormal thread, which I won’t reveal here, but which adds to the general suspense and the intrigue that surrounds Samantha.

This book will be offered in print in March, and I, for one, would be the first in line to buy a copy. I’m also hoping that LaVon will consider making this part of a series – I would read a Samantha Garrett book any time.

She may just be my new favorite lady cop.

Reviewed by Sunflower
Posted by Long and Short Reviews at 8:11 AM