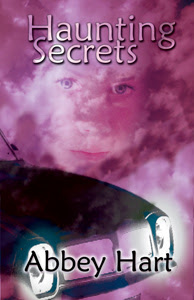 Taryn Preston returns home for her high school reunion and decides to stay. Thinking life is finally going her way, a secret that she once thought buried turns out to be not as secretive or as buried as she hoped. Complications arise when her soon-to-be-ex refuses to pay her settlement, a lunatic in a Chevy tries to mow her down on more than one occasion, and the man of her dreams invades her life on a daily basis bringing along his ex and child for the ride.

Cole Stone likes his life just the way it is. Until, Taryn Preston moves back to town. The woman he once considered a young sibling is now all grown up and invading every one of his thoughts. Realizing he loves her and must have her as his own, Cole learns there are more than just demons haunting her. Demons she won’t readily talk about. Can he unlock those secrets and win her heart before it’s too late?

This contemporary novel explores the challenges of starting over and the healing power of second chances. Throw in a decade-old mystery and some strange happenings and this is one novel that will keep readers guessing till the very end.

Taryn is a unique character. After a traumatic childhood event, she determines to never again be meek and mild. She faces life head on, speaking her mind and marching to her own beat. She has an indomitable spirit that makes her a bit unpredictable. When she returns home after the destruction of her marriage, she is faced with old fears, new opportunities and an unrequited love.

Colton is surprised to find his sister’s best friend has grown up. And into a beautiful woman who suddenly fascinates and frightens him. The girl he once considered like a sister is occupying his mind and invading his dreams. But convincing her that true love does exist is harder than he expects.

I loved this story. The chemistry between the characters shot sparks off the pages. Colton and Taryn had a childhood of memories and their connection was real and honest. There was a refreshing comfort to their interaction yet it was still filled with an emotional and physical awareness that just grips you.

There were moments during the story where I wanted to shake Taryn and shout, “Wake up! He likes you, already!” I found her to be a little too naïve and blind to Cole’s intentions. Also, there were times where I thought Taryn’s independence was bordering on ridiculous. When faced with real danger, I thought she really needed to tell someone. But none of this kept me from enjoying the book. I couldn’t put this one down. From the romance to the mystery, this story kept me eagerly turning pages.

I’m giving this a 4 ½ Book rating. Abbey Hart has written a story with characters that will grip you and drag you in. I thoroughly enjoyed this book and I’m looking forward to reading it again.

Review by Lily
Posted by Long and Short Reviews at 6:28 AM