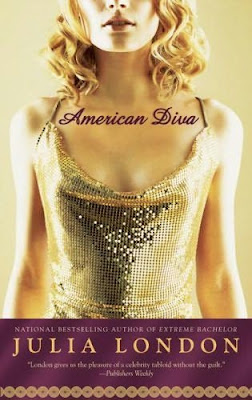 Jack Price has one dream: to own and operate a flight school. For him, any job that gets him closer to his goal is worth it, no matter how difficult. So when the opportunity to guard today's hottest pop singer comes along, Jack leaps at the chance. Not long ago, he had a sexy encounter with this American sweetheart-which makes taking this job pretty sweet. But the vixen he knew has turned into a raging diva--and there's no way he'll let her walk all over him like she's doing to everyone else.

Audrey LaRue is the latest "It" girl. Everybody wants her-or wants something from her. She's being hounded by the paparazzi, her fans, and her boyfriend-turned-manager. And now she has a deadly stalker. Only Jack Price, her sexy, fearless bodyguard, is grounded enough to protect her- and put her in her place. Audrey must learn to trust him, not only with her life, but with her heart.

Jack Price and the Thrillseekers Anonymous team are called upon to provide extreme activities for a “too rich for his own good” Chicagoan, Marty Weis, and the guests invited for his birthday celebration. What was supposed to be another exciting getaway turns out to be a “big kiddie” babysitting job instead.

Among the partygoers is newest pop diva, Audrey LaRue, hired to provide concert entertainment for Marty and his guests. What is presented to be a concert on a luxurious private island soon turns into a nightmare of overindulging by the birthday boy and his gang. This escalates into too little privacy, too much Marty, and too many people demanding her time. Audrey is worn out. Poaching an ATV from the resort, she drives to the other side of the island seeking a calm place to relax and unwind for awhile. What she finds instead is a gorgeous hunk who doesn’t know her and won’t back down to her demands. He doesn’t want to spend time with her, a situation she hasn’t come across in quite some time. Her family considers her their personal meal ticket, her manager wants to launch his own career by riding her coattails, and her fans become more demanding every day.

When she pulls a fast one on Jack, she lays claim to his beer and beach chair, the pair begin to relax with each other and soon are dancing under the moonlight. What happens next just proves Audrey can trust no one but her faithful manager/ex-lover, Lucas, who is the only one who looks out for her. Back home in L.A. the tabloids are full of Audrey’s private island getaway with hunky Lucas, but it’s the pictures of her with Marty Weis posted on the fan site that get the attention of a stalker; one that wants Audrey’s death to pay for her tawdry ways.

Jack only wants to fly; to open his own flight school and teach others the thrill of flying. Working with the Thrillseekers Anonymous team is helping him to make that dream come true. When hired to play bodyguard to Audrey LaRue, he knows he’ll have his work cut out for him; she’s even more of a diva now than she was on the island. Agreeing to accompany her on her tour, Jack is in serious danger of losing his heart to the woman beneath the public persona, but he better be on his toes if he wants her to live.

Julia London’s third installment in the Thrillseekers Anonymous series deals with the down side of fame and fortune. AMERICAN DIVA is a fast paced look at what goes on behind the cameras: life spiraling out of control, losing your true identity, grasping relatives. Audrey is a sometimes likeable, sometimes frustrating woman who harbors hidden dreams and a little pain, that once readers are made privy to, makes her all the more easy to empathize with. Her relationship with Jack is a wary one; not knowing whether he is in it to ride on her coattails as so many others are, or if he is genuine in his feelings for her.

The romance progresses at a believable pace, without the couple having to have sex the very first night they are together. Jack is a real “man’s man” who is a self assured and self made man his friends and colleagues admire. His feelings of protectiveness and love are well portrayed, and result in his willingness to go above and beyond to keep her safe. The love scenes are sultry, the settings believable, and the chemistry is off the charts for Jack and Audrey. A couple that is well matched in every way, they are a perfect balance of naughty and nice. Bravo, Julia London, AMERICAN DIVA is another successful addition to the popular, Thrillseekers Anonymous series. Insightful, vivid portrayal of the music industry with all its pros and cons gave this reader much food for thought. I highly recommend this book to fans of suspense as well as romance.

Review by Wisteria
Posted by Long and Short Reviews at 6:15 AM